One afternoon, whilst speaking to my closest friend Errin Yesilkaya, we wanted to do something. Just something. An exhibition sprung to mind, then I must have stammered shortly after this revelation. There we have it. Judged Response, an exhibition which places explicit focus on stammering, celebrating the differences of those people who stammer, demonstrating these differences and challenges through the medium of art, which has no boundaries, as you are not bound by what you can utter. The visual nature of the artistic medium allows for freedom of expression which people who stammer may struggle with otherwise. This was our idea and vision. 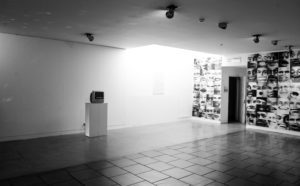 Errin and I brought Shahram Saadat on board as a person who stammers. After many meetings, we decided on our idea and proposed this to Arts SU, the Student Union of University of the Arts London where we all study BA (Hons) Photography at London College of Communication (LCC). We were successful in gaining an exhibition space at LCC, thus then our creation and curation of the exhibition began. 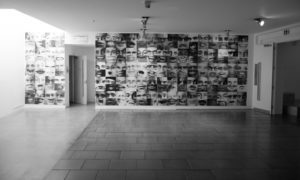 Our motivation for this stammering and art fusion was primarily the fact that stammering has not as such been greatly presented in an artistic context. This exhibition would be an accessible way for anyone, someone who stammers, someone who has knowledge of stammering, or ideally, no knowledge at all of the complexities of stammering to engage with the day-to-day struggle of speech. Ideally, this exhibition would be as public as possible, detached from the white space of the gallery and firmly placed within the public domain for maximum impact and a realisation from the public that stammering is a challenge and not something to be mimicked, laughed at or perceived as a weakness.

Audience and raising awareness was a key reason for us curating an exhibition of this nature. Stammering is something which is talked about, however, while it is talked about, it is not an easy subject to be public about due to the sensitivities of the subject matter, the differing views and effects it has on people who stammer, so any kind of public exposure of stammering has to be carefully, ethically thought through. Art, to some extent, has no limits, it is the artist’s personal perspective, not those of an organisation, so it has the potential to accurately represent (particularly if the artist stammers) the insecurities, strengths, niggles, that stammering brings up. 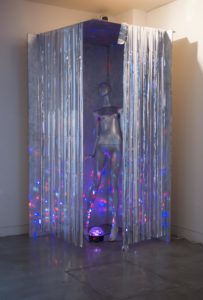 The three of us each exhibited a work of our own (I was the odd one out, presenting two), all communicating varying themes and aspects of the nature of stammering. Errin’s piece, £137.80, speaks for the way in which our consumerist culture may view people who identify themselves as having a disability are viewed within society. Shahram’s piece, Appropriated Reactions, focuses in on the facial expressions a person who stammers may experience when speaking with someone. My works, Subtitled Liberation and We Judge Because We Don’t Understand, through text in a physical and video sense, provides a liberating, anonymous, fluent opportunity for multiple people who stammer to express their true emotions about the struggle of having a stammer.

The Private View was extremely well attended by people who stammer, friends of those who stammer and people with no connection to stammering at all. Pertinent and important discussions were also held over an exciting, engaging Q&A session with the exhibitors plus Claire Norman, Founder of the Stammerers Through University Campaign (www.stuc-uk.org) and Tim Fell, Chair, British Stammering Association. Overwhelmingly, the most common phrase uttered to me during the night was ‘this is the start of something’ or similarly ‘you’re onto something’. Of which, I agreed with everyone who said this to me. This is the mission I’m on, to show the connection between stammering and art, through a number of mediums, to ultimately affect public opinion.

We are keen, as a collective, to develop a more ambitious exhibition, extending on the ideas raised in Judged Response, perhaps being more interactive and immersive. Watch this space. 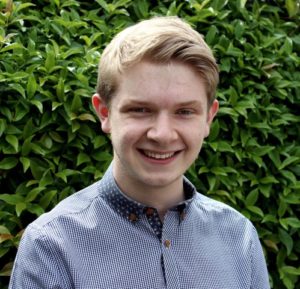