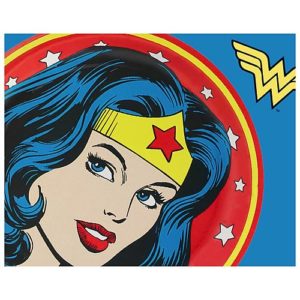 Today, I am a 42-year-old married woman with two small children (son – 4 and daughter – 8) doing a part time masters in HR and looking after the children, house and my husband with all the organising of clubs, playdates, school bags, bills and house maintenance etc. that entails. Ten years ago, before having kids, I was a successful lawyer and a partner in a firm. I felt clear-minded and confident and was efficient – getting things done without rumination and moving on. I happily gave talks to large groups of people. A large part of my job was debating issues and giving my opinion. Outside work, I was lively and feisty. Things started to change when I had the kids. I moved to a part time job but as time went on I still found it harder to keep up. I thought it was just the reality of having kids. However, after my 40th, I started to get a squint and having balance problems. After various medical appointments, a benign brain tumour next to the cerebellum was found which needed removing.

I had a kidney transplant when I was 30, so although scared, I felt I had some idea of what was to come with the operation. Yet dealing with the recovery has been far harder and a completely different ball game. 22 months after surgery I am still dealing with the consequences. My balance is not back to normal and I sometimes stumble. As the tumour was slow-growing, I seem to have developed an unusual posture to compensate for its effect on my balance. Now the tumour is gone that posture throws me off balance. My brain seems fuzzier and I find I forget things and struggle to juggle information (like the family diary) in my head. One thing that has had a big impact is the effect on my communication skills.

Immediately after surgery speaking at all was a problem. My brain seemed to have forgotten how to do it and it was a physical effort to get a word out. With the help of a speech and language therapist this improved but speaking was still hard work. My mum was upset that I sounded abrupt when talking to her but I couldn’t control my tone properly. My sister was upset that I was too tired to talk to her when she came to visit after a day at work. The kids seemed fine and my parents moved in for a while to help but I worry about how it has effected them. It felt like my husband enjoyed the peace!

Now, almost a year and a half later, things are much improved, yet I feel I am still less chatty than I was. I prefer to be with less people and have my own space. I enjoy socialising less and I feel quieter in company. I feel less confident about disagreeing or having a debate as I don’t feel verbally or mentally strong enough to do so. It feels like the things I say still come out wrong and cause offence. I take it personally if people don’t agree with me. If someone doesn’t hear what I say I assume it is because my speaking is unclear. I occasionally use the wrong word. I feel like the changes after the operation have detrimentally affected my relationships with people. I know that I am now more self-conscious, but I am convinced there is a difference.

People assume I am now fully recovered as there is nothing to see and it makes them feel more comfortable. Even though those close to me know things are different, I don’t think they fully appreciate what and to what degree and I find it difficult to talk about it. I can see there is a positive side: I am more self-aware, I may have been a bit overpowering before, I didn’t consider other people’s viewpoints enough. I know things have improved and things would have got much worse if the tumour had not been removed. Yes, I am better than I was straight after the operation and some changes are positive, but it feels ‘less’ than before the operation and I have not adjusted to that yet.